Over the last few years, the popularity of mesh Wi-Fi systems has skyrocketed. Even if you use a range extender to extend the range of your Wi-Fi signal, you will still experience a reduction in signal strength.

Mesh Wi-Fi systems, on the other hand, use nodes that can be placed anywhere in your home that acts more like routers than simple range extenders.

I discovered that the Xfinity Comcast XFi Pods and Amazon’s eero Mesh Router are the two best mesh Wi-Fi systems on the market right now.

I was able to identify the advantages and disadvantages of each system after spending hours analyzing each one and determining which environments were best suited for each one.

Amazon’s eero Mesh router is the clear winner when it comes to compatibility, performance, and ease of setup.

The Xfinity Comcast xFi pods are more affordable in terms of cost. The downside is that they require a subscription, which can add up over time.

This head-to-head comparison took into account factors such as ease of setup, compatibility with internet providers, pricing, and performance.

If you’re short on time and don’t want to read the entire comparison between Amazon Eero and Xfinity Xfi Pods, you can skip ahead to our recommendation based on our testing. 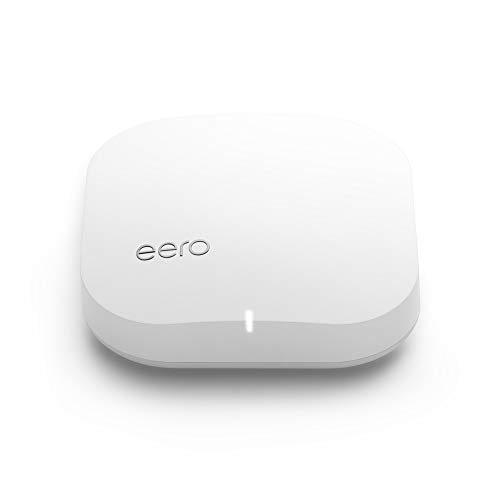 Let us compare both the product in detail and conclude that which one of the mesh routers is best for you.

The Xfinity Xfi Pods are more affordable than the Eero mesh router. They do, however, provide slower network speeds, cannot be used as standalone routers, and must be connected to a compatible Comcast router or modem.

The pods have a tri-band frequency range (one 2.4 GHz and two 5 GHz), which allows you to connect more devices to the pods without affecting network speeds.

In terms of performance, the eero mesh WiFi router is a very capable system that can be used as a stand-alone router or as a component of a mesh network.

Each router is capable of supporting network speeds of up to 550 Mbps and covering a coverage area of up to 1500 square feet.

A wired connection can be used in conjunction with the dual-band (2.4 GHz and 5 GHz) Wi-Fi that is provided by the eero, which has two Ethernet ports to allow you to work on the go. It is also more portable than the xFi pods due to the fact that the eero router is smaller in size.

The Comcast xFi pods from Xfinity provide average throughput speeds of 250-300 Mbps. The speed of your Wi-Fi network depends on the xFi gateway you are using to host it and the subscription plan you have chosen.

The Xfi pods’ use of Wi-Fi 6 technology, a newer Wi-Fi technology that provides faster network speeds and is also more efficient, is a distinct benefit. Using Wi-Fi 6, multiple users and devices can share a router’s data at the same time, resulting in a faster and more efficient connection.

This technology, coupled with the xFi pods’ tri-band frequency class, will ensure that there is minimal to no network congestion. Wi-Fi 6’s improved network security over older Wi-Fi technologies is another benefit of the new standard. It is only a limitation of this feature that it requires Wi-Fi 6 devices in order to function properly.

Eero Mesh Router by Amazon provides an average throughput speed of 447Mbps. A wireless link between eero units isn’t possible, however. This means that unless you connect eero units together using network cables, there will be a significant loss of network signal.

This is because the unit must first receive the signal from the gateway and then broadcast it simultaneously to other eero devices. The TrueMesh firmware update is the latest in a series of regular firmware updates for the eero.

It is possible to avoid network congestion, buffering, or signal drop-offs thanks to the TrueMesh update for the eero router. In turn, this enables the router to provide much faster network speeds across an extended area.

The winner Is Eero Mesh

As a result, there is less network congestion, and the network as a whole is more consistent and stable.
Additional features include support for ZigBee and Bluetooth LE radios, as well as a single Ethernet port.

It’s possible to get around this limitation by using xFi pods, but they’re only compatible with Comcast rented modems and routers. Before purchasing the xFi pods, contact the seller to see if your router is compatible.

These pods also have the drawback of being incompatible with Xfinity business accounts and can only be activated on personal or household accounts.

Amazon eero mesh Wi-Fi router, on the other hand, allows you to expand your current home network by connecting directly to your internet service provider and acting as a standalone router.

There are two Ethernet ports on the eero router for fast wired connections, making it compatible with both 2.4 GHz and 5 GHz Wi-Fi bands. The eero mesh router is compatible with Amazon’s Alexa and can be used with an Alexa-enabled device to control your home network.

You can also use the eero router to connect it to Apple’s HomeKit-enabled routers and protect your HomeKit-enabled devices. By restricting what they can and cannot communicate with on their home network and the internet, you can keep them safe.

The Winner Is Eero Mesh

Eero Mesh Wi-Fi Router by Amazon is the clear winner in this category because of its compatibility with Alexa and Apple’s HomeKit, as well as its wide compatibility.

Ease Of Use And Installation

There are three ways to purchase Xfinity Comcast xFi pods. A single pod, a three-pack, or a six-pack is available. Just plug them into an outlet to form a mesh network with your Comcast router, and your Wi-Fi signal will be extended throughout your home.

With either the xFi wireless gateway or the xFi advanced gateway, the pods can be controlled via Xfinity’s website or mobile app.

You can set up your Comcast Xfinity Wi-Fi network, change the password, and receive notifications when other devices connect to the network using the xFi system, which you can access via the web or a smartphone app.

Individual pods can also be set up and monitored using the app, in addition to the self-troubleshooting and self-monitoring features that come with these pods.

Amazon eero Mesh Routers are similarly easy to set up. In order to get started, all you need to do is get the eero app on your smartphone, disconnect your modem, then follow the app’s setup instructions.

Every day, the eero’s software receives updates that incorporate new features based on feedback from its customers. So that users can enjoy a hassle-free experience, the eero’s interface is constantly updated and improved.

Eero Mesh Router comes with Alexa integration and Apple HomeKit support as well. As a result, setting up and using the eero router is a breeze, and you can even connect it to other pieces of compatible hardware.

As a result, you can easily expand your network with the eero router.

The Winner Is Eero Mesh

As long as you’ve got an outlet and a smartphone app, you’re good to go with Xfinity Comcast xFi. Because of its constantly updated interface, the eero Mesh router from Amazon is easier to use.

The Amazon eero system, which includes Alexa and Apple HomeKit compatibility, as well as TrueMesh technology, makes scaling up your network a bit easier.

While it may seem like it would be more cost-effective to buy individual Comcast xFi pods, keep in mind that they only work with Comcast-rental Wi-Fi Routers or Modems. If this is true, it means the xFi gateway is rented out separately each month.

When you buy the gateway, you’ll also have to pay a monthly fee for the xFi Comprehensive Cyber Security package. All of these things make xFi pods a long-term investment that costs a lot of money.

However, the eero Mesh Router is a one-time cost. People who buy eero’s router pay more for more features and longer life.

In addition, there is an eero Pro model, which is a more expensive version of the eero router that has a tri-band bandwidth class. This model has better network coverage and speeds.

The winner Is Eero Mesh

The Ecommerce eero Mesh Network is the best choice in this category because it has more features and lasts longer. Even though Comcast’s xFi pods will cost less in the short term, they’ll end up costing you a lot more in the long run.

The Best Mesh Router Is Eero

This router from Amazon offers a better user experience, faster performance, and a wider range of devices that it can connect to. There are many uses for this device, but it can be overkill in smaller homes.

Amazon’s eero router, on the other hand, does not support Wi-Fi 6 technology, so the Xfinity Comcast xFi pods are the better option.

Amazon’s eero Pro can give you the same benefit as the xFi pods’ tri-band frequency class while also providing all of the eero router’s additional benefits, making it a better option to consider.

Affiliate Disclosure: As an Amazon Associate, we may earn commission from qualified purchases from Amazon.com